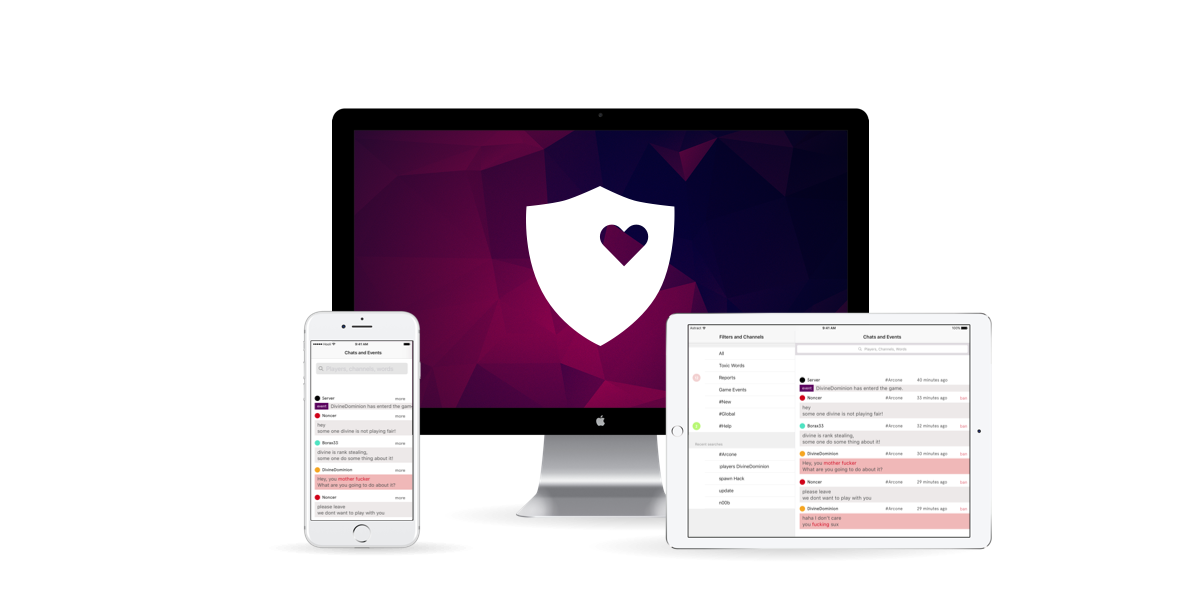 This is a real-time analyzing system of chat system for game developers who wants to avoid toxic behavior of players. Grouchy enables you to automatically detect and react to toxic player behavior. Harassment and other bad behavior drives players away. Grouchy helps by giving you the tools you need to manage and moderate your community.

Rich landing page that explains what Grauchy is.

Ban screen moves up when typing.

WHAT IS TOXIC BEHAVIOR?

A ton of toxic behavior is about chat and what is said to other players. This includes stuff like racial slurs, calling people names, cussing at people. This can also be directed in no one in particular, but just repeating the same message in chat to annoy anyone who happens to be there. It can be directly aimed at one person and the troll would follow that player wherever they go.

The toxic behavior can also be in game actions such as blocking players paths, stealing people's items, not playing fair, creating a game to then just kick people, causing your own team to lose or creating multiple accounts.

Some of the "game terms" for this are: trolling, stalking, spamming, greefing, and smurfing.

Grouchy helps by giving game developers the tools they need to analyze, manage, and moderate their online communities. It includes a website for developers where they can view chat history and ban players in real time. As well as, website for players to view and appeal their bans.

After doing a ton of research on what makes toxic behavior I came up with several principles.

One toxic player will cause other players to be toxic back, and then toxic to other players. This behavior spreads. Previously, a nice and normal player becomes mean and disrespectful. This spreads through the community increasing the level of toxicity. This affects the game popularity as people leave and don't want to play anymore.

The game developers should provide a well understood and streamlined loop that warns otherwise good players when they are approaching toxic behavior and isolate with bans if behavior turns toxic. These are probably nice and normal people, so the warn and ban cycle needs to go quick and without much drama.

Ban screen moves up when typing.